Thank you for visiting robincusters.com! Take a look around.  If you have any questions, you can reach me via the ‘CONTACT’ page.  If you want to read my latest blogs, go to ‘BLOG’.
Enjoy!

There was an error retrieving images from Instagram. An attempt will be remade in a few minutes. 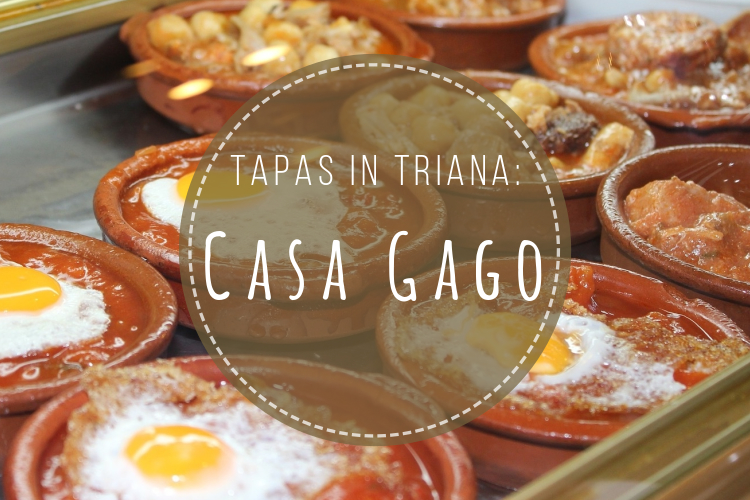 There are so many amazing tapas bars and restaurants in Seville. Someone once told me there is one tapas bar for every five inhabitants of the city. Seville has around 700.000 inhabitants so you can imagine how many bars that will be. So many, that choosing a place to go for lunch or dinner might become an overwhelming task. That’s where I can help.

The Triana district in Seville, on the ‘other’ side of the river, is an amazing barrio that not enough people visit during their stay in the city. This district has so much to offer, from amazing restaurants, beautiful markets, and a rich and complex history. One of my favorite bars in Triana is one of my most recent discoveries, Casa Gago. My favorite typical Sevillian dish is Solomillo al Whisky, and I was told that Casa Gago makes a mean Solomillo. Of course, I had to go check it out.

Hidden between houses, in Calle Lucía de Jesús, you’ll find Casa Gago. A calm, cozy neighborhood bar that has been open since 2016. Even though it’s so young, it has already made quite the name for itself. It was my first time visiting and seen that I had heard so many good things about this place, I went in with high expectations. Safe to say, I was not disappointed. 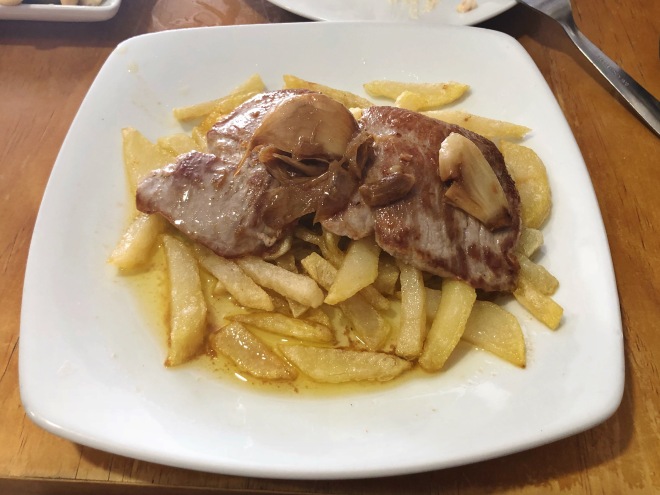 The Solomillo al Whisky in this restaurant was exceptionally good. I find that many Spanish dishes do not look appetizing at all, but once you take a bite, there is an explosion of flavor in your mouth. This is what happened with this plate as well. As you can see in the photo above, it does not look that appealing, but the garlic, lemon and whisky flavor came together beautifully and I can definitely recommend Casa Gago if you want to try a good Solomillo al Whisky. 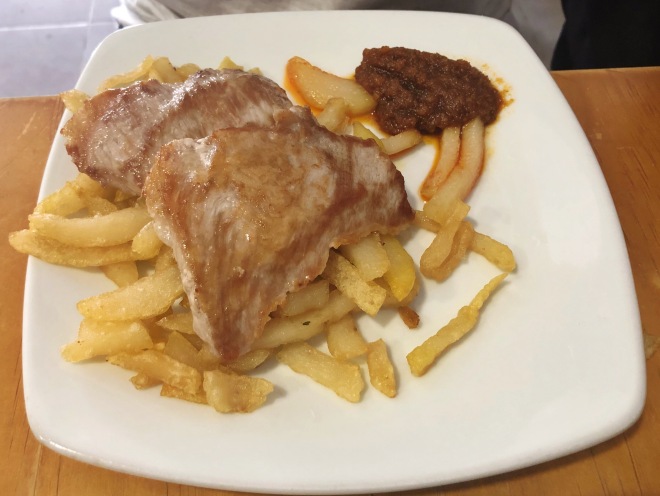 Another very successful dish we tried was Secreto Iberico. This is a special piece of meat, from the Spanish Black Iberian pig. This is also where the famous Spanish ham comes from. These pigs have a very special diet; they only live on acorns. Because of their diet, they have a lot of intramuscular fat, which is why their meat has such unique, rich flavor.
The Secreto is the part of meat between the shoulder and neck, and can only be found in the Black Iberian pig. People see this as the ‘best-kept secret’ of the Iberian pig, hence the name.
Casa Gago serves this delicious piece of meat with some mojo picón, a spicy sauce made of paprika, garlic, oil, salt, pepper, cumin, vinegar, and other herbs. Again, this dish looks quite bland, but I was pleasantly surprised. I had never tried this dish before, but upon trying it in Casa Gago I realized I missed out and I’ll be sure to order it more often in the future. 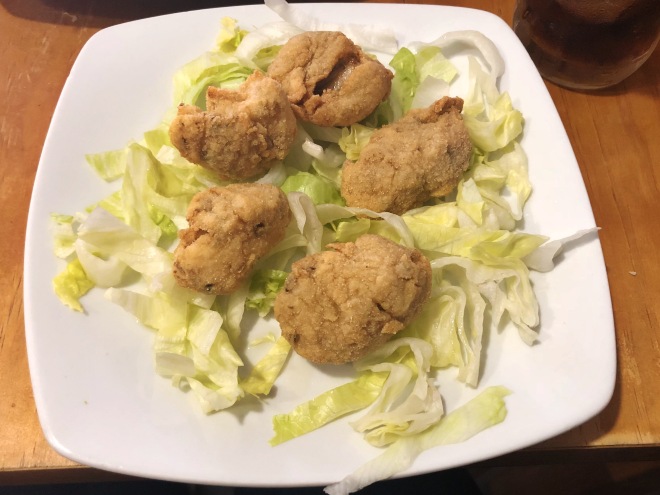 Last but not least, I tried the Adobo. This is a typical Sevillian dish, and perhaps one of the most popular. It is dogfish, marinated in a mixture of sherry vinegar, garlic, paprika and more. It has a very strong (and delicious) flavor and scent, which lures you into the bars. The adobo in Casa Gago is definitely not bad, in fact, it’s one of the better ones I have tried so far.

If you’re ever in Calle Tetuan, and you are wondering where the delicious adobo scent comes from, it’s Bodeguita Blanco Cerrillo. Their adobo is one of the best in the city, so if you’re planning on trying adobo, I’d recommend going there.

All in all, I was pleasantly surprised here. We were quite late when we sat down for lunch, as it was almost 16:00 o’clock, so we were the last to leave. The waiter was very friendly, however, and we didn’t feel rushed at all. He even offered us a chupito after we paid the bill. If I lived in Triana, this would probably be my go-to bar.